The Pantheon of Gods holds positions for 15. There are 18 total gods, all maintaining one area of the world to keep the world balanced in ordinance with the World's Essence. These gods are the most powerful beings alive in the world of Atalan. Despite this, the gods can be killed or overthrown - with the exception of the Sisters of Time - and replaced with a new god that is usually selected by the World's Essence. There are some cases in which a god is overthrown but not replaced immediately, yet usually there are extenuating circumstances at work.

The following is a list of the types of gods in order of power (from most powerful to least): 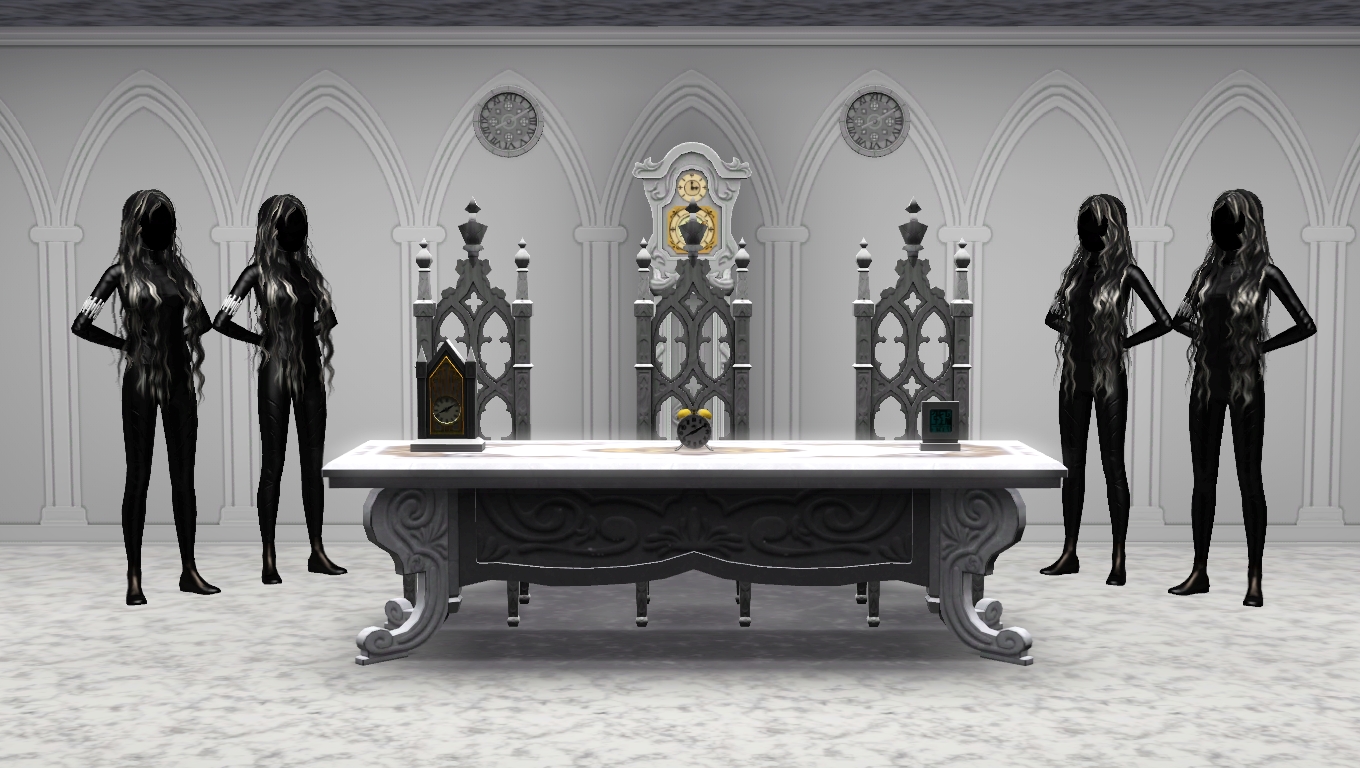 The Sisters of Time are the only goddesses who cannot be killed or overthrown. The Sisters of Time were born directly from the Essence and are related directly to the World's Essence. Due to their close nature to the World's Essence, they do not take human forms. The Sisters of Time serve as defenders of the Timeline and general order of the world of Atalan. They keep all of the other gods in line with a few general rules. They have a force of faceless creatures that have the silhouette of women known as Time Keepers. These Time Keepers serve as the world's police and have many jobs, from hunting those who would harm the way of things to escorting powerful beings to their trials.
There are three Sisters of Time: Yvaine, Trenadira, and Jyri.
Yvaine controls Time Past.
Trenadira controls Time Present.
Jyri controls Time Future.
The followers of Time have the ability to Time Travel, however it is given with a heavy handed warning to not touch what they see unless given express permission. Oftentimes the Time Travel comes at great costs to the priest/priestess in question (insanity, early death, paralysis). 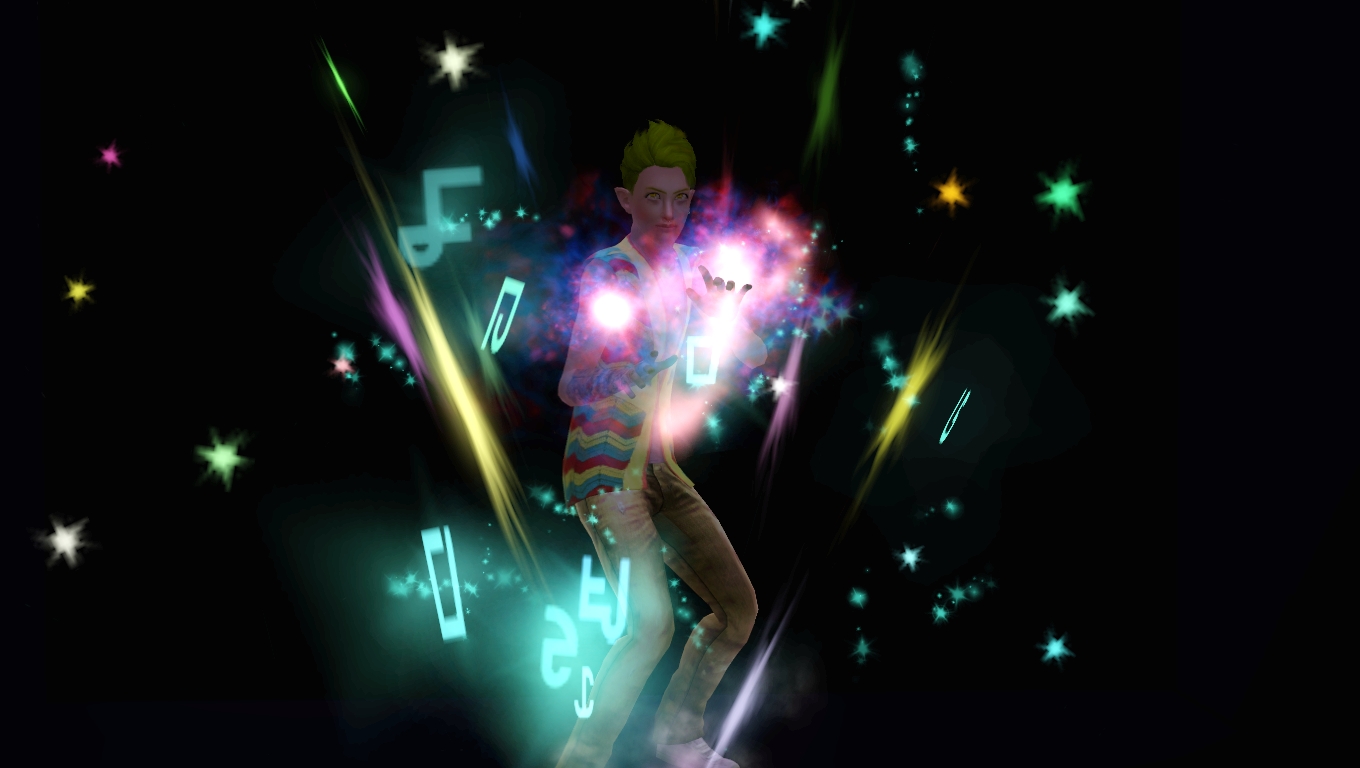 Once believed to be two separate gods tens of thousands of years ago, the formation of a God of Magic and Madness is crucial to the stability of Atalan. The World's Essence being composed primarily of raw magic causes Atalan, which was built on it, to be surrounded in a veil of raw, chaotic magic. Unusable in this form, there needs to be a filter for which the magic to go through in order to gain stability. That is the purpose of the God of Magic and Madness. This god serves as a focal point that all magic gets stabilized through while it transitions from its raw, volatile form to a livable, usable form. Without this god there would be no way to control or use magic in any form; the magic would also begin to react in unpredictable ways (such as explosions, mass deaths, and unpredictable reactions - crops changing colors, fire no longer burning people). Due to the amount of raw, chaotic magic that is focused through one person, this god is often plagued with insanity and a chaotic nature due to the magic they're constantly maintaining.
Any being in this position will always maintain immense power. Since they make all magic possible, they are capable of using any and all magic (regardless of type). Followers of this god are also granted this ability to lesser degrees at no price taken from the user.
Prior to the rise of the God of Death, this god was seen as the executioner at god trials. 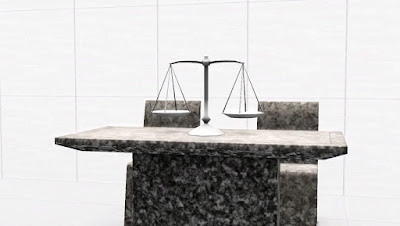 
Followers of the God of Order are strong magical sources that can gain up to triple their power under the hand of the God of Order without a price being exacted from them for the power. The tripled power is not a permanent state, and is only permitted for use in extreme situations. 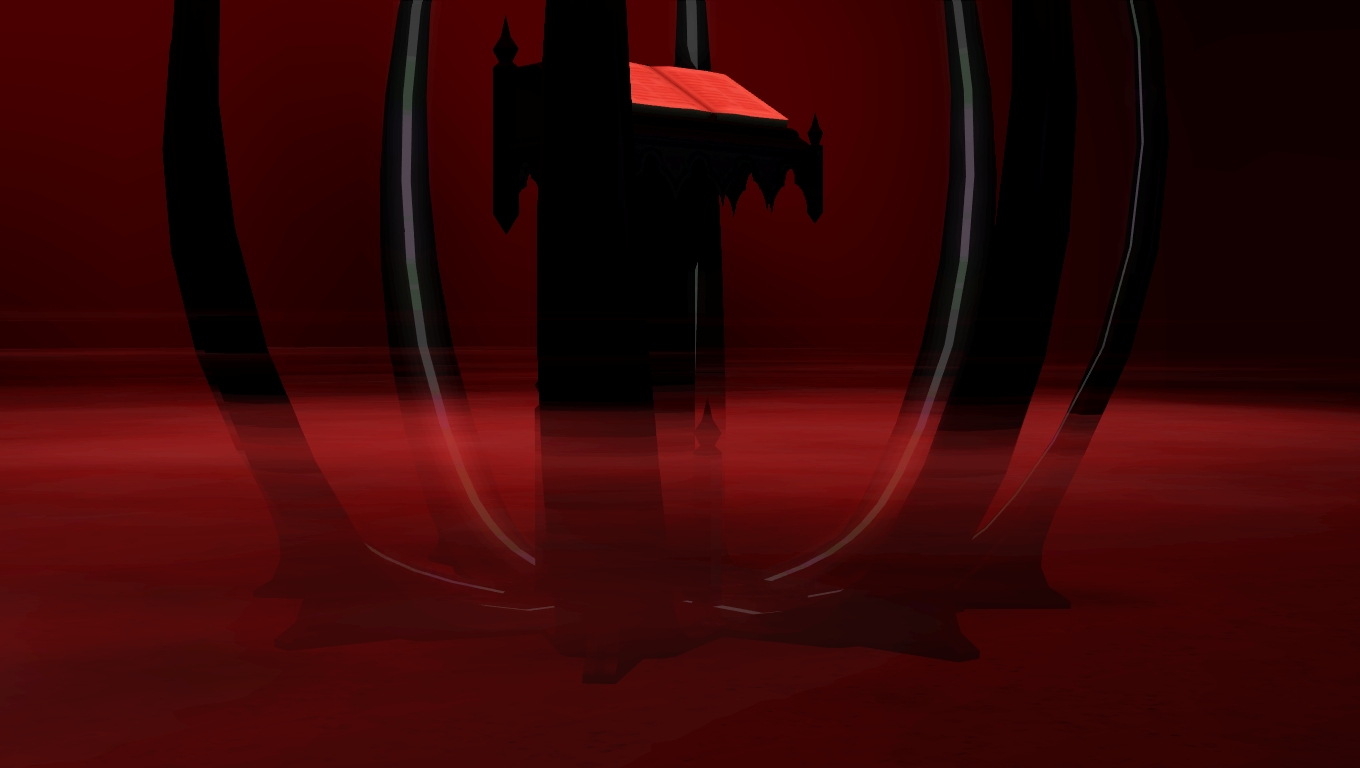 The God of Fate remains to be equally crucial, as they are the god that cares for, transcribes, and protects the Book of Fate. Considered the most powerful tool outside of Time Travel, the Book of Fate is a constantly changing book that foretells the future of everything. The God of Fate is the one who will take care of the book as well as have the ability to influence the fate of Atalan. Anyone who is not the God of Fate who attempts to approach the Book of Fate will be stuck down and killed in worst cases, or driven absolutely insane in others. Without this god the Book of Fate runs the risk of deteriorating into dust, thus spiraling the world into a stand-still until everyone wastes away.
Due to the Book of Fate being the priority of the God of Fate, that god will double in power whatever magical talents (if any) they had prior to ascension, as well as gaining the abilities of a strong magical source (if they weren't already). Followers of Fate are able to preview the fates of others as well as help shape fate in minor ways for others. They are always magically gifted, often to strong degrees. 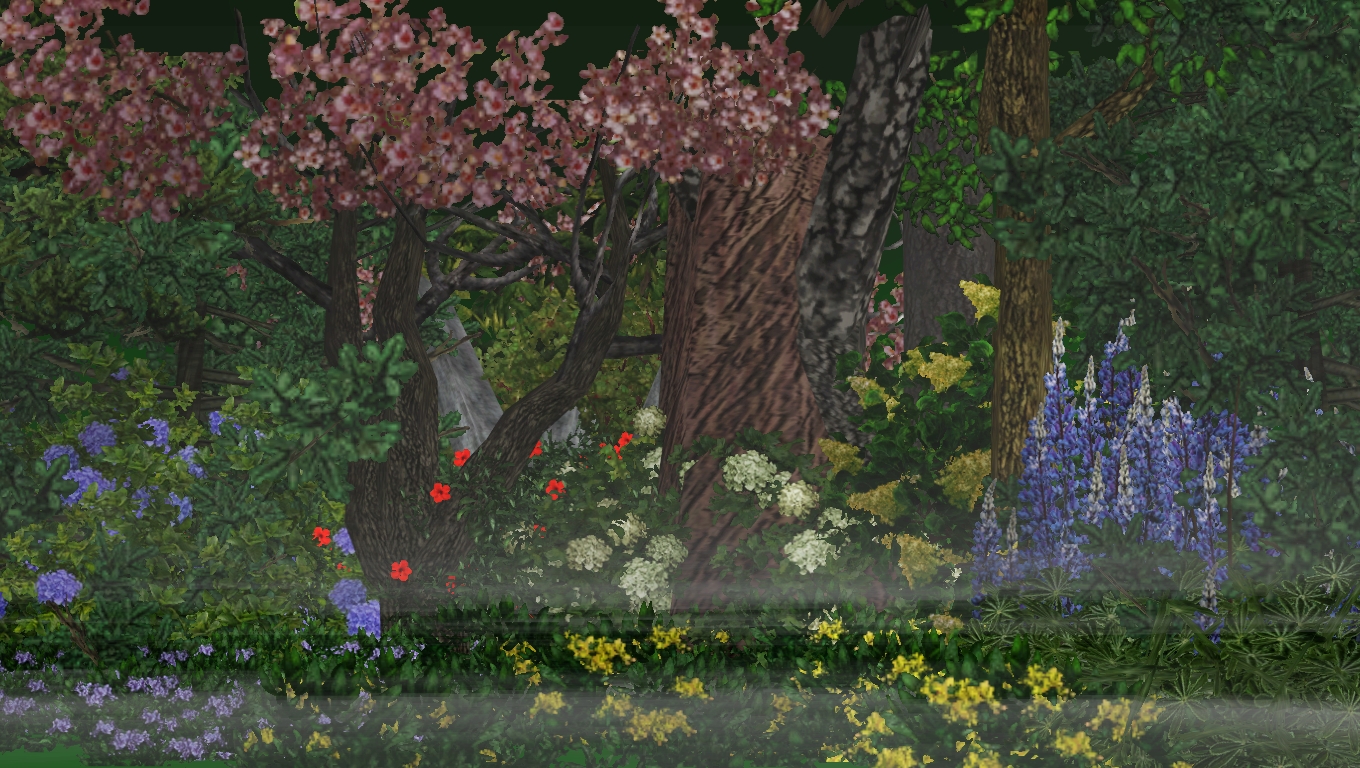 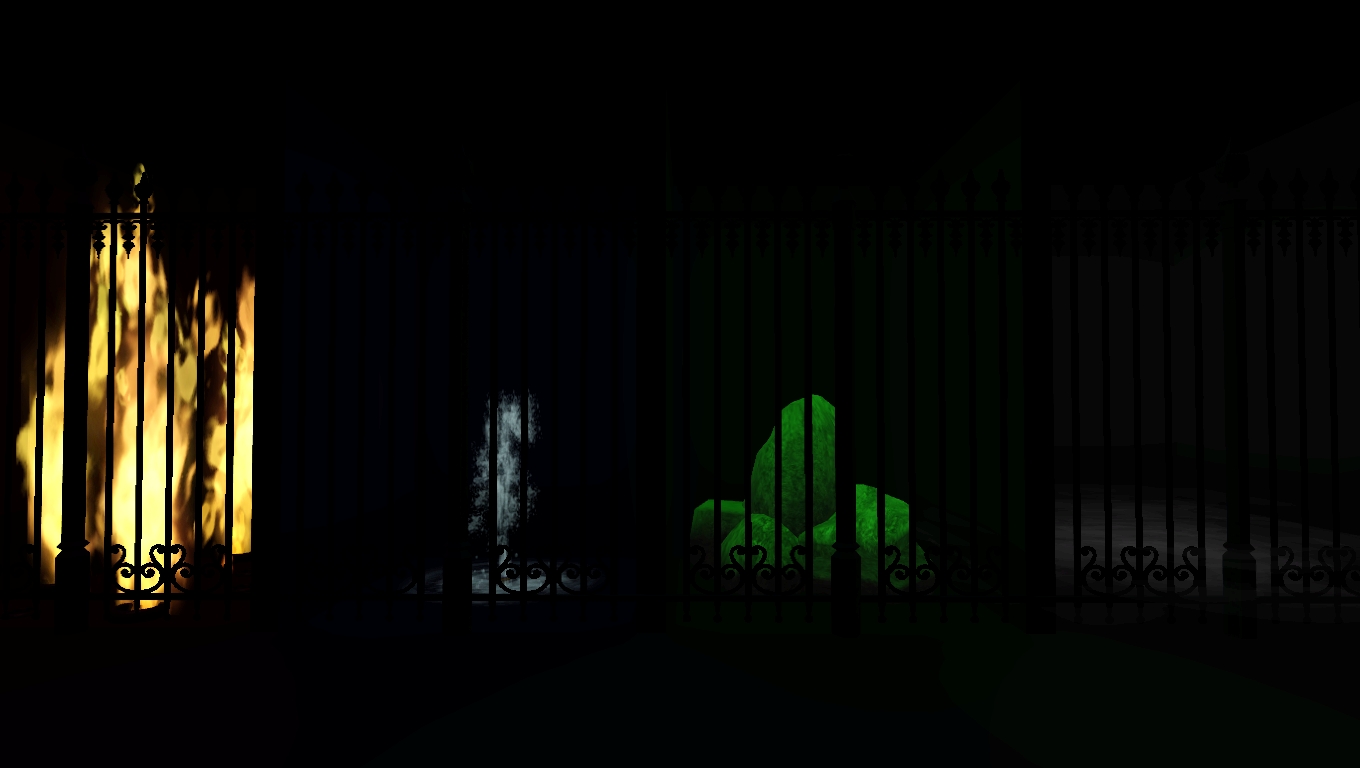 The God of Elements maintains a hard job of balancing the four elements: Air, Fire, Water, and Earth. The God of Elements is given complete control over each element and can embody the element they wish to control. This god covers a great deal of ground, and therefore needs four High Priests (or Priestesses) to help maintain the balance. This god has a great deal of power, however it comes at the cost of losing their voice.
The God of Elements is given the abilities of a strong magical source (if not one at the time of ascension) and complete control over all four elements. They also gain abilities of Nymphs, but will lose any other gifts they might have had prior to ascension. This god is considered the "first" nymph, and therefore is usually associated with the Nymph communities. Followers of the God of Elements fall into the four categories of the elements, and are given abilities based on the element of which they align with. 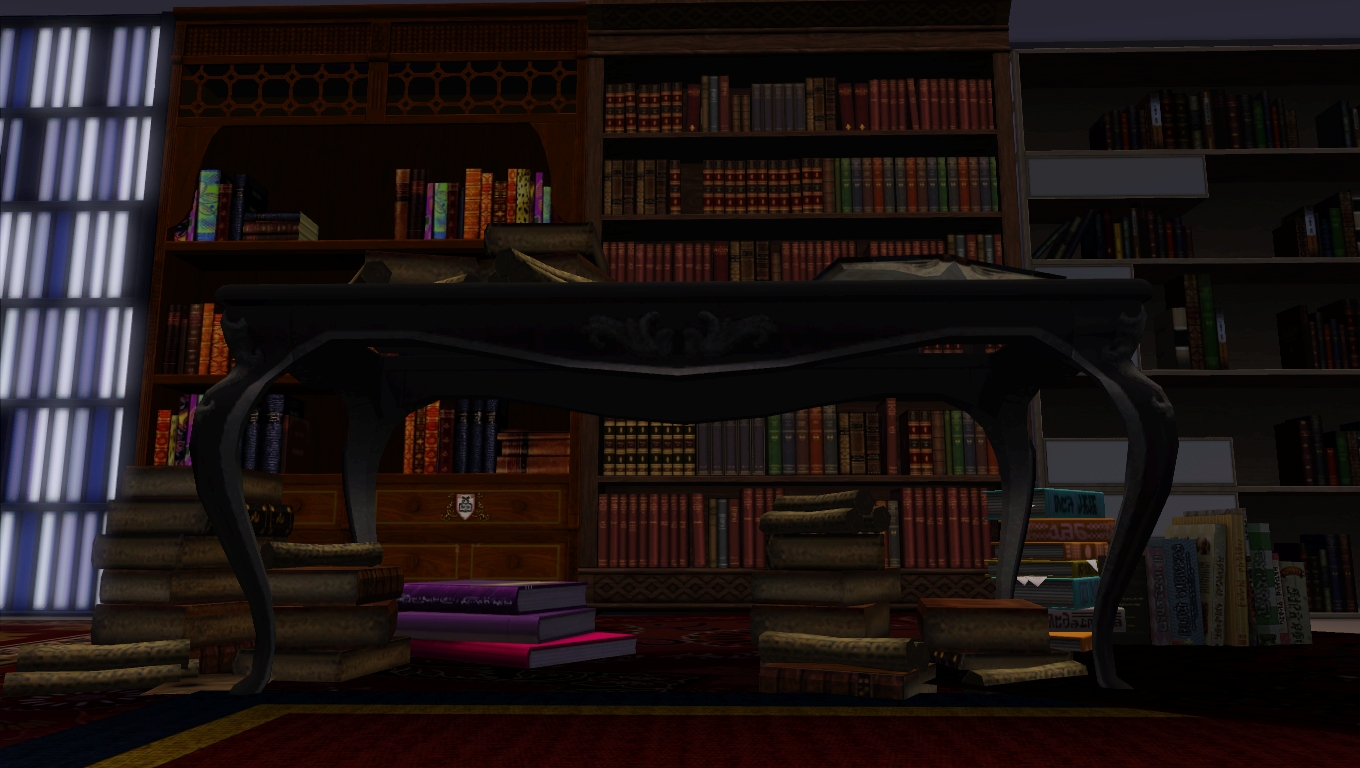 The God of Knowledge maintains the history of Atalan and chronicles all events of the world to be stored in the Great Library. The God of Knowledge is always learning and will have the ability to gain all knowledge the world of Atalan has to offer - minus those found in the Book of Fate. The God of Knowledge is the recorder of of the world and spends most of their time ensuring an accurate collection of the events occurring everyday.
The God of Knowledge is given the abilities of a strong magical source, and while they'll have knowledge of how to use any other type of magic, they will lose the ability to use any other form of magic, save for that of a magical source (despite what they were prior to ascension). This god also has the power to read minds and preview any point in history that has already occurred through the Great Library (they cannot actually go to the point in time, simply witness it with accuracy). Followers are given the ability to read minds. They may also preview points in history, but at a great cost to themselves. 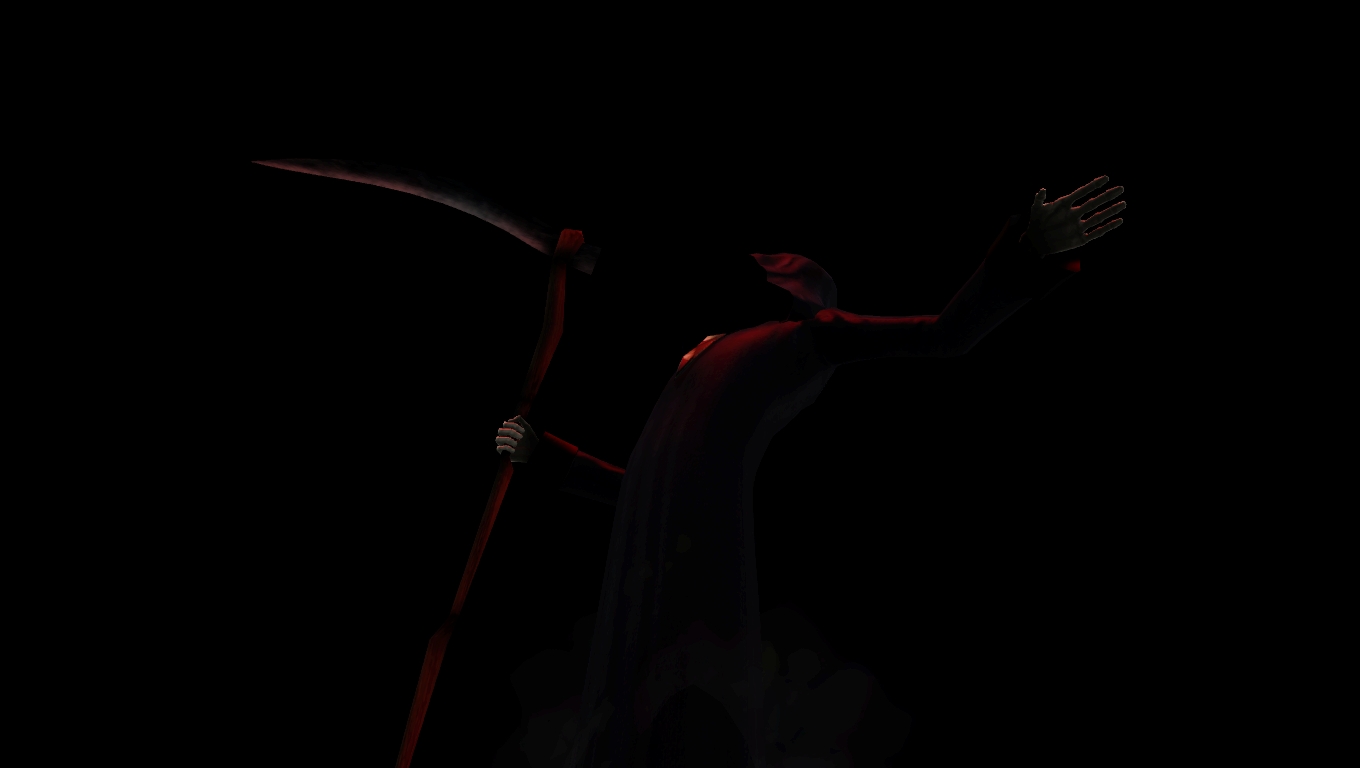 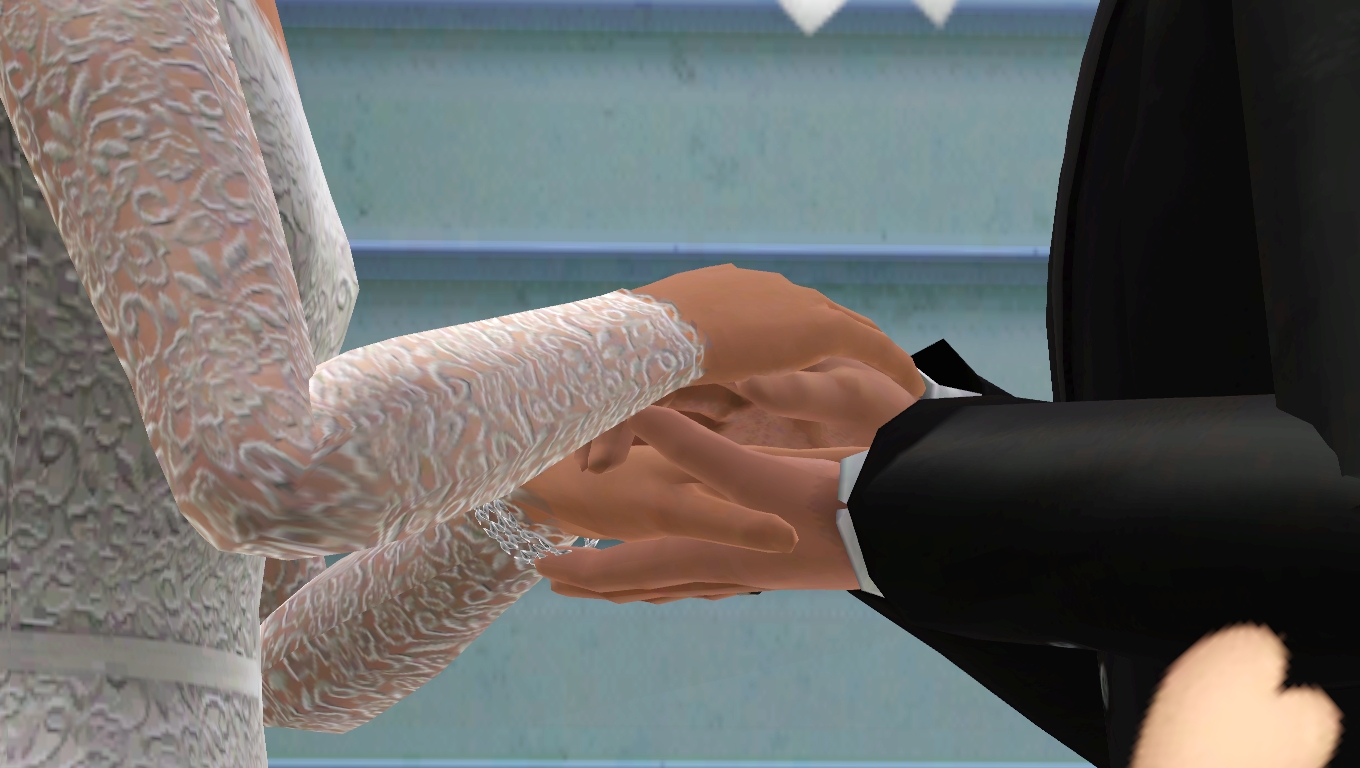 The God of Commitment and Marriage is known for relationships and long-lasting partnerships. This god deals mostly in the affairs of people. This god can arrange matches as well as can see the future love endeavours of any person they come into contact with. This god, depending on their personality, has also been known to step in and intervene in cases of spousal and familial abuse. In a way, this god serves as the protector of the home and commitment.
This god is granted the abilities of a powerful magical source. They do not keep any other magical abilities they may have had prior to ascension. This god also has the ability to cause anyone to fall in love (or out of love). This god is good with persuasion and curses as well as hypnosis and mind control. The followers of the God of Commitment and Marriage often work as matchmakers and (in some cases) helplines to troubled relationships. They can make anyone fall in love with them with a snap of their fingers and are usually magically gifted to some degree. 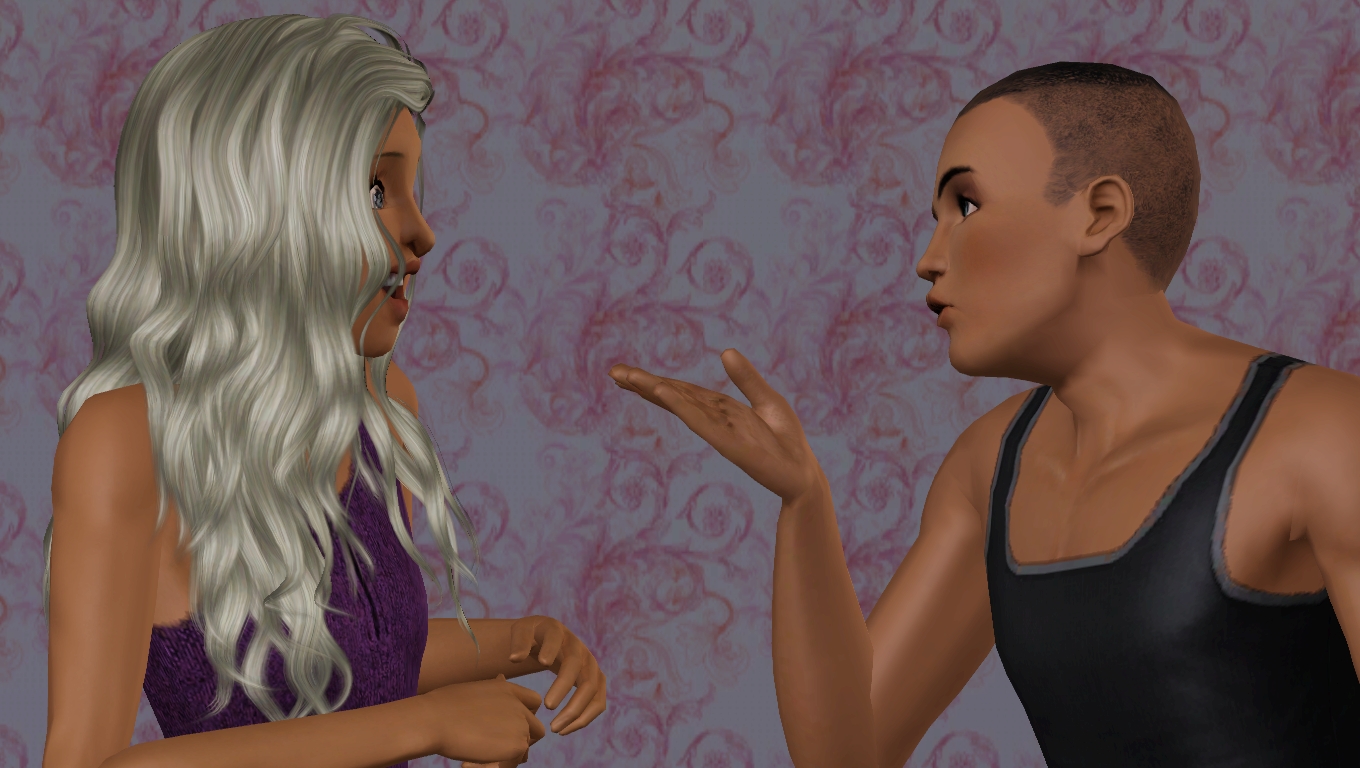 The God of Love and Beauty is known for reveling in the pleasures that relationships can offer. This god deals in fertility and the more sexual aspects of relationships. They are more in the affairs of people rather than that of the world entirely. This god is also capable of removing curses or physical ailments that would otherwise hinder people (they can also inflict them).
This god is granted the abilities of a powerful magical source and do not keep any abilities they might have had prior to ascension. Similarly to the God of Commitment and Marriage, this god has persuasion and mind control in their abilities. Followers of this god are often seen as desirable and do not stir jealousy from their partners. They are usually magically gifted to some degree. 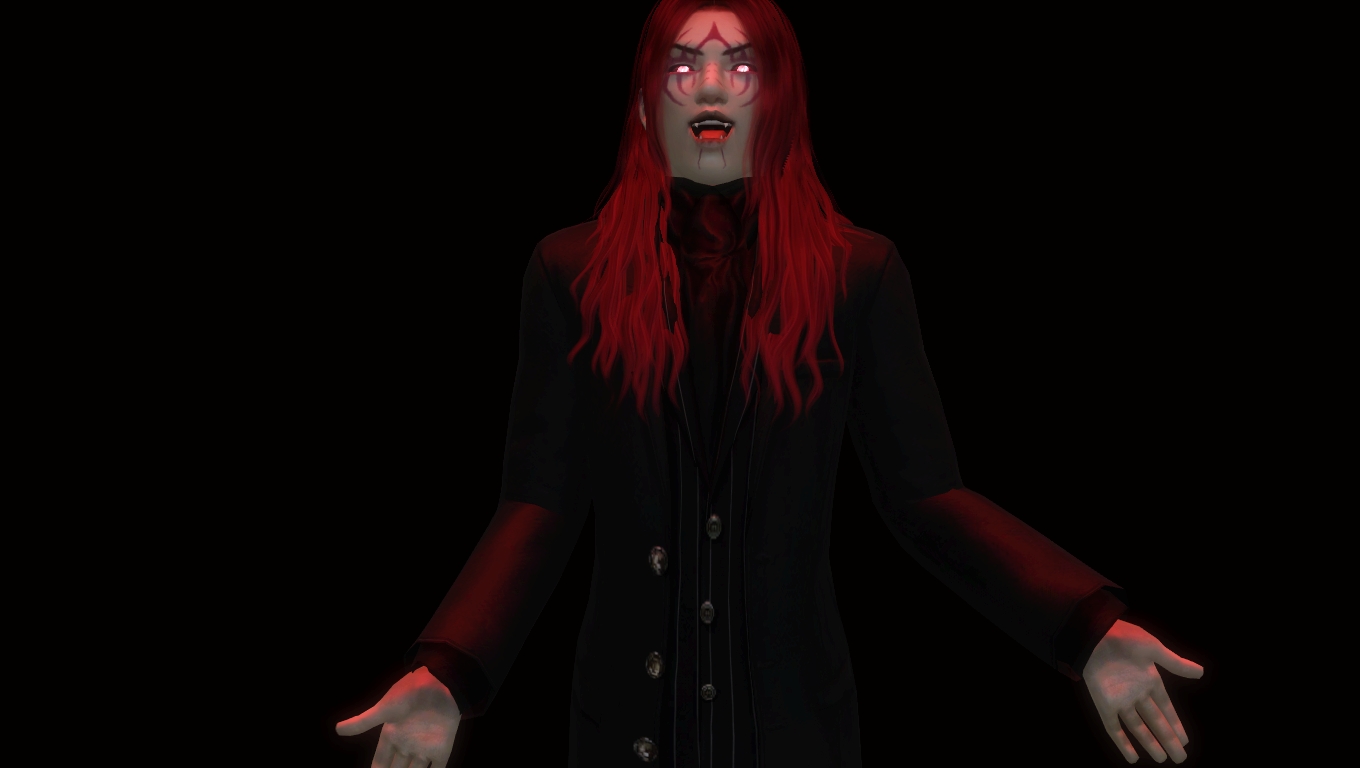 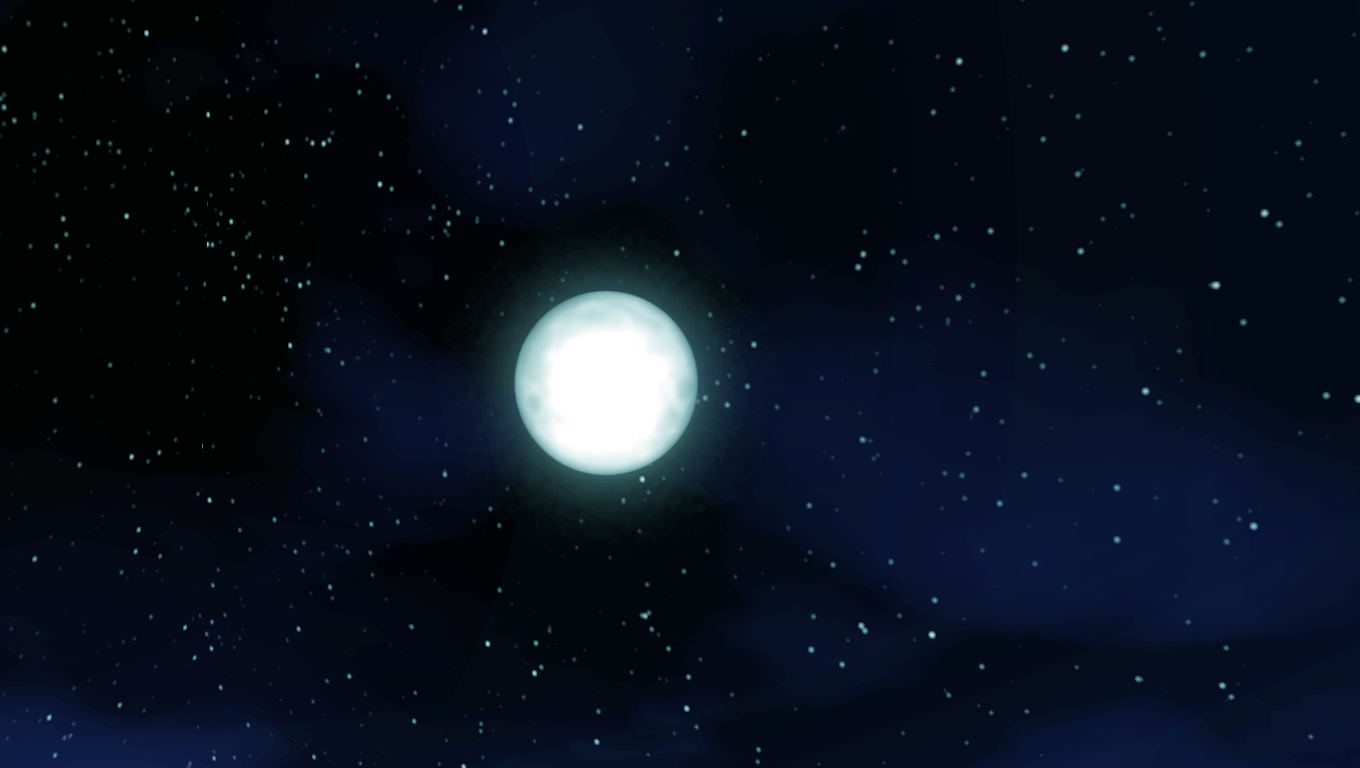 The God of the Moon has full control over the moon and all of it's phases. The moon has strong ties to the raw magical energy that sits in the core of the world. The full moon brings out the strongest and most chaotic parts of magic. In order to help diffuse the chaotic energies, the moon must cycle through phases. This god is gifted with the abilities to create and take away light in darkness as well as shape shift into the form of a wolf. As such the God of the Moon is responsible and credited for the creation of Werewolves and the Wild Hunt.
This God is gifted with powers of a magical source along with those of a Werewolf. The followers of this god have the ability to create and take light away in darkness. They can also summon the Wild Hunt to aid them, though sometimes this has great costs to themselves. 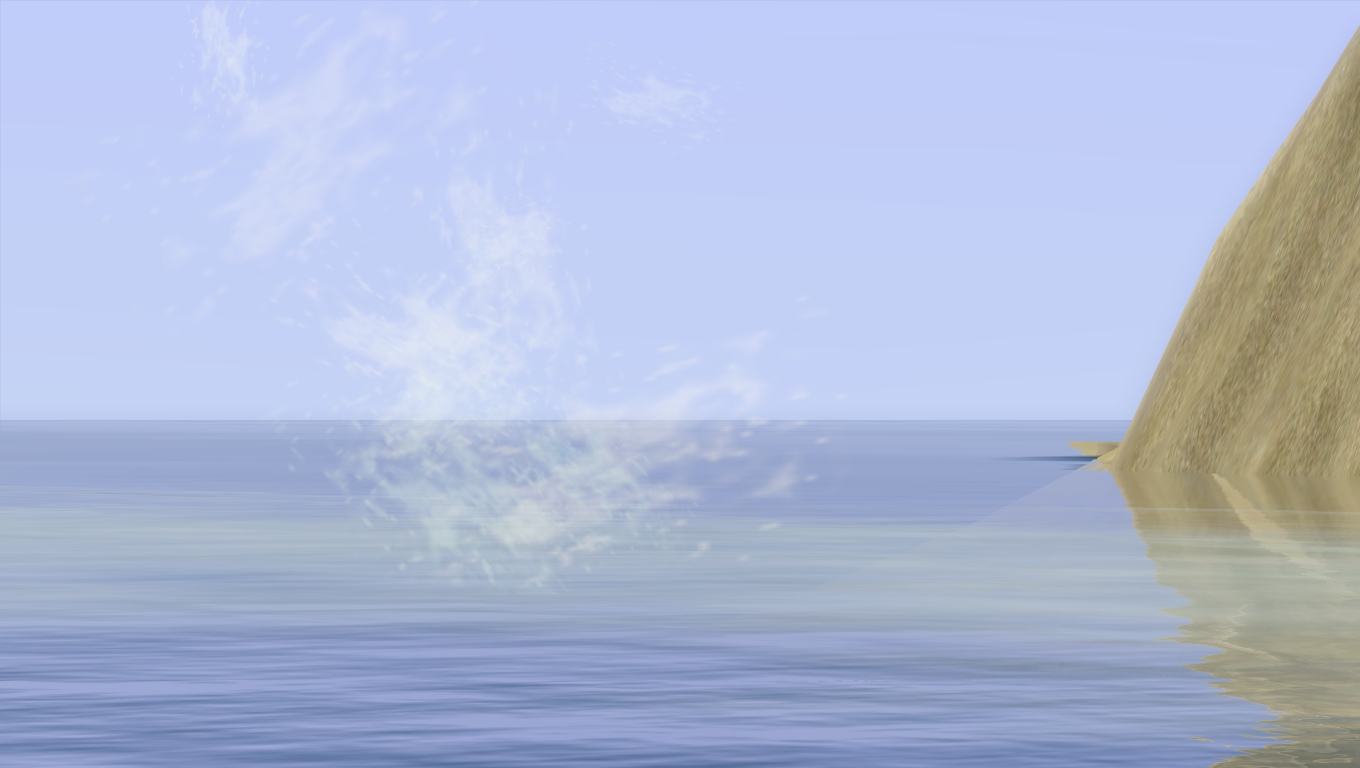 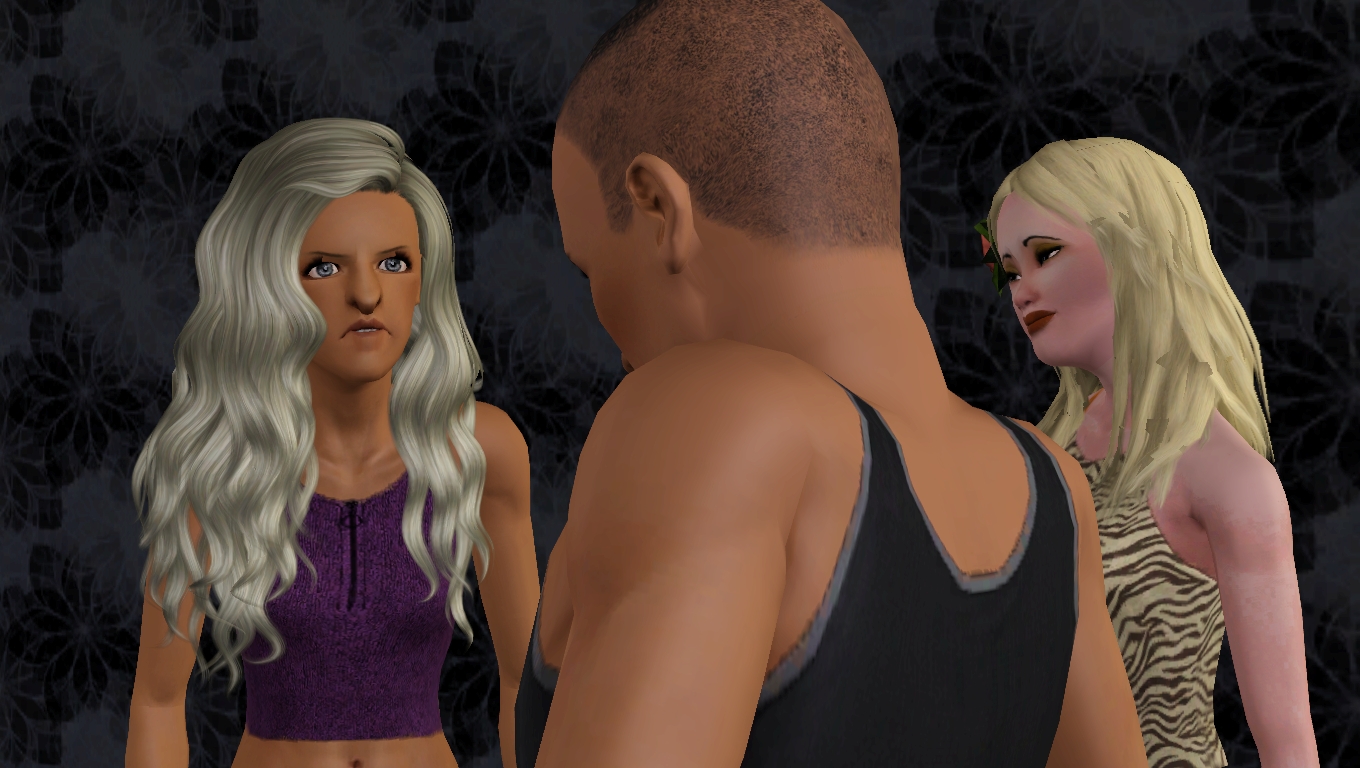 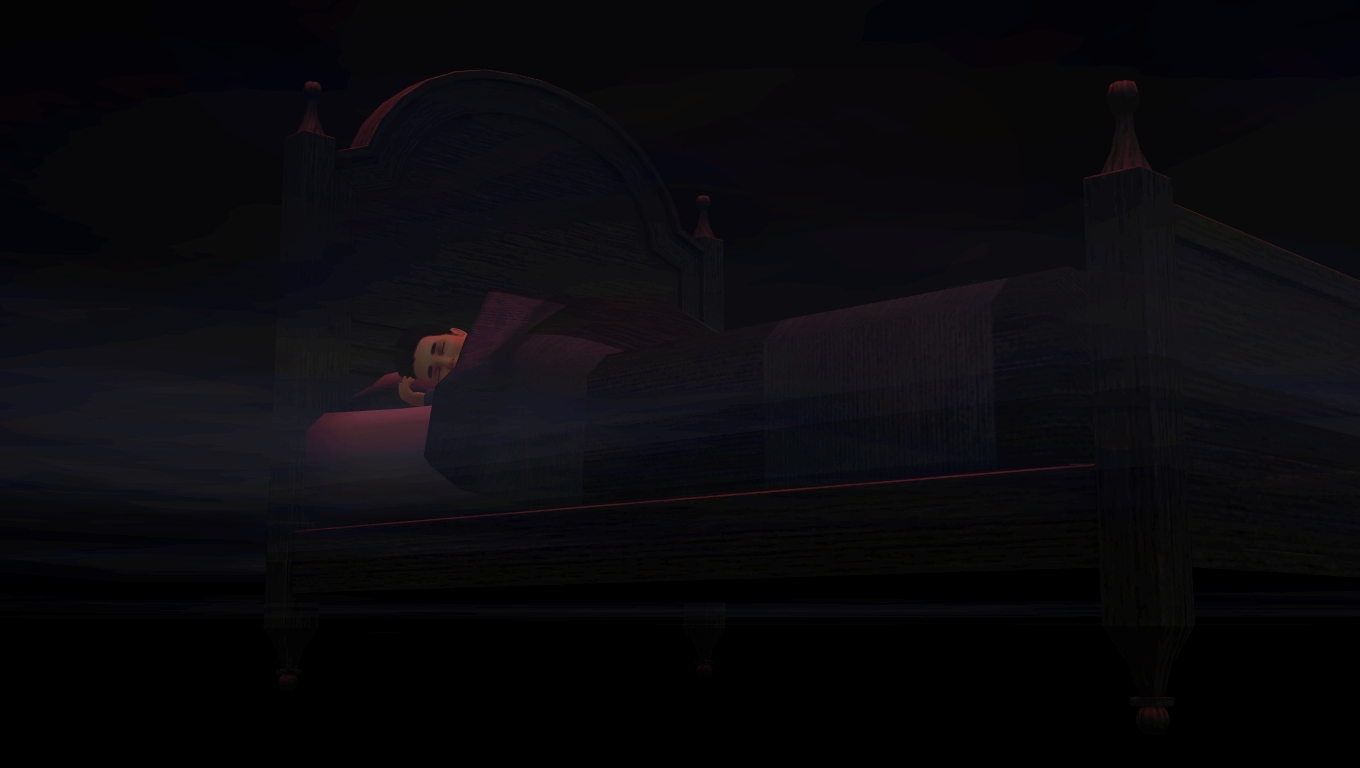 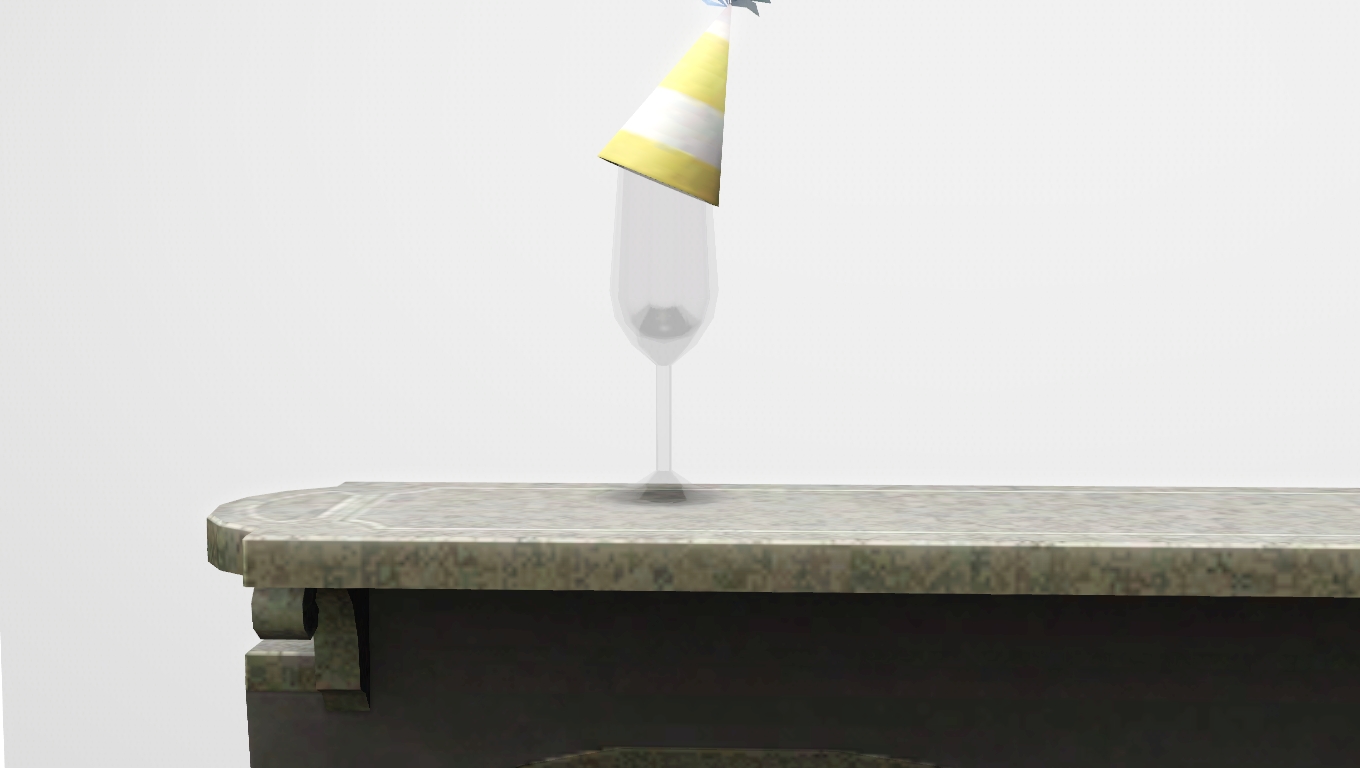 *There are story spoilers beyond this point.*