For the Spirit, see Adriel (Spirit). 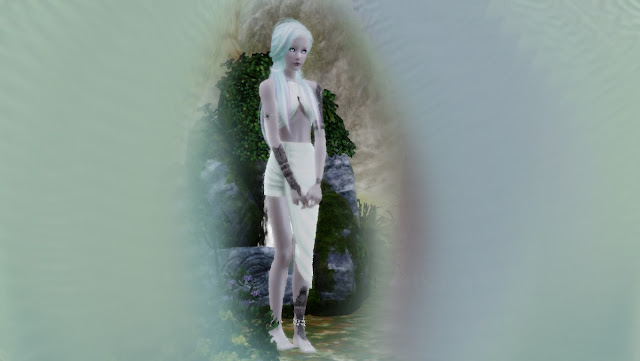 Adriel is a fictional character in a popular piece of literature, Where the Willow Walks, written in the Era of Prophecies.

The first understanding of the name Adriel was understood to be one of the Original Gods from the First Pantheon. Almost all information pertaining to this, however, was destroyed along with most other information from before the Age of Control. There were scraps left that lead to dead-ends or caused many to develop rather ridiculous theories to fill in the blank spaces.

The most popular of which came about from Where the Willow Walks, which is a popular romance novel written and published by an unknown source around the year 850 of the Era of Prophecies. The author was assumed to be a historian of notable status in the Knowledge circles, however this is not proven. The book is known for it's love story between Adriel, the original Goddess of Magic, and Theran, the original God of Darkness.

Critics acclaim the book for it's boldness, while historians scoff at it for it's "frivilous focus on love."

The book was originally published in parts with several different variations of endings that were released to the public and no confirmation on which ending is the true ending.

Adriel, as a character, is known for her kindness and power. She is a caring person and is often associated with birds and imagery with birds, as well as the color blue.

The real Adriel's existence was only recently uncovered through first contact with sentient, intelligent spirits. New information comes in daily while many historians work to figure out where that Adriel fits into history, and if there was even an Original Pantheon at all.